Hey, it happens, computer crash, new PC, MS windows does and update and messes up your Quickbooks Desktop program. Most of us download our desktop QuickBooks. Gone are the days of CD’s. Downloading provides you with the most current version without all of the problems it had when it was first released (usually, ProAdvisors get their first look the September of the year before the release year). Most users will see, for example, Quickbooks Desktop 2017 released to the general public in October. As a general rule, I recommend not putting that version on your computer until at least R5 has been updated into the newest version of QuickBooks. 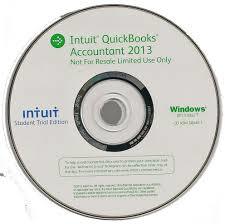 Intuit is really not putting a lot of it’s effort into anything new and exciting into Desktop anymore. But if you must use Desktop version and you stay with an older version, what happens if you need to re-download it? Here are the links you will need:

Click download now button above for links to re-download the QuickBooks desktop program.  Note:  only the last 3 years of versions are on this site.  Update: Intuit has disconnected this link.  You can still get the downloads here.

Retrieve you QuickBooks License Number here (in case you lost it).  Click the picture to the left.

There is really good information on how to reinstall Quickbooks on the link above. If the license retrieval number search does not work, there is a link to get it emailed to you.

​Be notified when something new is released.

Lynda Artesani is the president of Artesani Accounting. Her firm specializes in working exclusively with the legal industry. She is passionate about helping her attorney clients migrate to modern cloud-based systems and become future-ready.​ ​ She is a Top 100 ProAdvisor, an alumni member of the Intuit Advisory Board and a member of the Intuit Trainer Writer Network. She also runs a Facebook group and a private group called The Accountant's Law Lab. It is a place where members can learn how to work with attorneys and law firms. Lynda lives in Southwest Florida. She is a registered yoga teacher and in her free time, you will find practicing yoga or walking on the beach.​